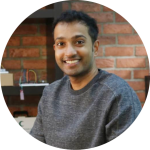 The word “Startup” has progressively become a buzzword among students and the spirit surrounding student entrepreneurship is at an all-time high.  Successful student entrepreneurs would know that spirit alone, is not going to get you anywhere. Students look up to celebrity founders like Zuckerberg, Evan Spiegel, Evan Williams and tend to only see the financial successes of these celebrity founders but often miss out on the challenges to really build a sustainable business.

I have had students with very vague idea of their startup come to me and say, “I think I should dropout like Zuckerberg to build my startup.” Some may argue that entrepreneurial students should not waste time studying and just focus on their passion instead but in reality, that’s quite a dangerous path to take especially when you have little to no support or experience. Instead, would like to think of universities as the safest lab space to connect, learn, experiment and most importantly, FAIL in running a startup. With universities catching up in nurturing a support system for student entrepreneurs in their campuses, here’s our guide to help students maximise their time and resources at the university in the aim to turn ideas into reality!

The bulk of students startups that I have engaged with share the same stinging complication; they have a solution but they don’t have a problem. You cannot try to force your solution to the market without understanding the problem that you are trying to solve. One great example of such failure would be the infamous Segway. It ended up as an expensive product for a problem that did not exist. According to CBI Insights that carried out a post-mortem on failed startups, the number one reason why startups fail was because they were not solving a problem to serve the market. This stands at a staggering 42% of failed startups.

This is something that well-informed students can avoid from Day 1. Think about a pain point; it is even better if it is a pain that you yourself have experienced as a customer or a user. Matthew Czarnecki a co-founder of Verb Energy Bars went through exactly that when he was a sophomore at Yale University. He wasn’t satisfied with coffee and granola bars to keep him from exhaustion after a tiring study session. He wanted a healthier and a more convenient alternative and boom he found a problem to solve!

Do not keep ideas to yourself.

Generally there are two kinds of student entrepreneurs, the ones who share their ideas with people around them and improve upon their feedbacks and the ones who work in complete secrecy. The common reason students have quoted me for not wanting to share their idea was they fear that someone is out there to steal their idea. Quoting Richard Branson, what students need to know is that “there’s a big difference between formulating an idea and bringing it to life.” If you are restricting yourself from sharing your business concept, how are you going to know whether your idea has merit or not? You may think that your idea is organic and original but chances are someone out there is already working on something similar. In order to make sure you can stand a chance, you need to execute it better and to do that, you need constant quality feedback.

From experience we know that there is a certain pitfall that awaits the lone wolves who work in the pretence of secrecy. They rarely succeed in fact they rarely even execute their business idea because they are unable to secure resources without talking about their idea. Hillel Fuld, entrepreneur, tech blogger and startup advisor has aptly put it that a “stealth startup is a startup with no feedback.” I am not saying that you should be announcing your idea to the whole world but find people around your circle of friends, family and your university that you can trust and use them as your sounding board. It will help you gain valuable insights to gauge whether you are on the right track to solve a worthy problem. So, if you have an idea come talk to us at iLabs! We are more than happy to assist you in your journey as a student entrepreneur.