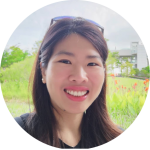 I wonder how many of you have been hearing (or maybe even bombarded) about the importance of being an entrepreneurial researcher, to close the gap between the universities and the industries). Some of you may agree with this and already started on industry-focused projects, but others may be left with a confused feeling on what to do. Becoming an entrepreneurial university is not an overnight dream that can be hatched by implementing several measures that works in other prestigious institutions like Harvard, MIT, Cambridge or so on. It requires holistic, localised strategies and a transformation that do not only fulfil the university’s needs, but also with a mechanism that keep all stakeholders, especially the staff members motivated, even when the results may take years to achieve. Instead of making this a daunting process, it may be worth to knuckle down and start with a few tips:

“Should I do this” vs. “Just do it” – When a startup is considered to be lean, it means directing all its resources towards creation of the biggest value and impact, and the first unknown ambiguity of every startup is always … “should I do this?”.  A former contributor of Forbes, Neil Patel indicated that nine out of ten startups fail, while Fortune reported the top reason that startups fail: “42% of the startups make products no one wants”. For good reasons (or bad reasons), this is also true in conducting research, because every blue-sky research needs a dose of reality over and above the “just do it” mindset for the sake of doing research.

Last November, Queen’s University Belfast (ranked between 201-250 of Times Higher Education World University Rankings) beat the innovation houses of the United Kingdom, Oxford and Cambridge, as the most entrepreneurial University. This league table was concluded by Octopus Venture, a Europe-based venture capital firm with more than £1 billion in assets, based on three criteria – production of intellectual property, ability to create companies and on the number of successful exits relative to their total funding received. This result turned out to be a surprising fact for some, but not all. Why?  The success of Queen’s University Belfast was attributed to their game changing research approach, where early stage research ideas would require to go through a 5-week customer discovery programme that allows the researcher to rapidly validate whether there is a market for their idea, product or service, before snagging the early stage funding to support the project during the proof of concept to prototyping stage. Therefore, knowing your market and competitors before starting your research are crucial factors to increase the success of your research outcome; cold statistics will not discourage you, but makes you work smarter and harder.

Removing the invisible barrier of co-creation – While in this part of the world, universities are still chasing eye-popping statistics on the number of patents filed, and there are still concerns about whether universities are patenting enough. Patenting activity is an effective, simple way to measure innovation output of a university, but it is also simply deceptive. You invent to solve a problem, you do not invent just for the sake of filing a patent, which is often a very small element of a product. A patent protects your idea and gives you a power card to defend your innovation. However, the relevance of a patent depends on how you are leveraging the values and how deep your pockets are to maintain it. In a previous job in a biotech company, one of my inventions took two years to complete the R&D phase (from compound discovery to clinical trial phase III), but it took the company an additional four years to file and defend the patent in different countries, to navigate through various regulatory bodies, and to commercialise the product. You can imagine how much resources had been spent on these endeavours.

I don’t mean to doubt the strategy of any other universities, I am just curious to know the return of investment from its funding in R&D. While not everyone agrees with me on this, it makes sense if a university co-create an intellectual property (IP) at the request of a company that intends to commercialise the idea. Universities must learn to work together with industry on IP creation, ownership and commercialisation. One may argue that universities will compromise their academic freedom by performing paid, contracted work as a company will exert undue influence on the research scope and goals, which are mostly economically driven rather than for pure academic interests. However, I believe that simply doing contract research or consultancy doesn’t necessarily mean a compromise of academic freedom.

Taking a step back, it may be helpful to prioritise knowledge exchange over short-term income generation projects that require significant knowledge exchange activities, and which potentially may lead to a greater research impact that reflects on quality publication and IP generation. Undeniably, things may become murkier when the tension between additional contracted work and the existing research and teaching responsibilities are not managed properly. This requires a vigilant approach from the university to minimise the frustration.

Leveraging the two cents – The birth of Netflix started with “That will Never Work” from the wife of Marc Randolph, the co-founder and the first CEO of Netflix. This reflects on the entrepreneurial journey of any university, as most of the first conversation will end with “we can’t” or “we won’t be able”, or a complete rejection from the industry partner as we do not understand what they want, or perhaps, they have no idea of what the company is looking for. Months ago, we met and pitched to a huge multi-national company with full of confidence thinking that we were going to close the deal. Moments later, we were slammed directly in our face that our proposal was not enticing, and there are already 10 people in that week talking about the same proposal that we had just presented. It was rather embarrassing and the meeting room was dead quiet. Sitting within the four walls of about 60sqft, we took a deep breath, and we decided to learn from them, to understand them and further question them to identify the challenges the company is facing and how we could help and offer effective solutions. And yes, we thought hard of their pain points and came back with a stronger proposal and our current engagement has been so far positive and the proposal has been accepted by the key decision makers. It is important to feel rewarded by spending the time with a good, honest industry partners who can provide you insights, even if there is no direct business flow.

Are you still waiting for the best practices of university-industry collaboration? – If you receive a guide on this, it is likely that you are also getting a guide on the fastest way to become a CEO, both are illusional. Instead of waiting for the best advice, you probably want to go ahead and start seeding. The journey of collaboration between universities and industries can be painful, especially in dealing with price and contract negotiation. And this cannot be done alone and require a team to address these challenges in a pragmatic way. Researcher on one hand, would like to get the project started; industry on the other hand, would like to get the best deal out of an education institution (generally perceived by industry as a charitable organisation that is there to give back to society) – this is like playing a rubber band, either party will hurt themselves if the string was not pulled with the right force. Instead of waiting for the best practice, let’s embrace the changes, be resilient, and to go with the flow.

Entrepreneurship is contagious; people are the centre of successful collaboration. Highway to hell or stairway to heaven? It really depends on you, and what you want to achieve. I always remember a quote from Abraham Maslow “If you deliberately plan to be less than you are capable of being, then you will be deeply unhappy for the rest of your life. You will be evading your own capacities, your own possibilities”.  Entrepreneurship is about knowing what you are doing, understanding your clients, calculating the risks and value, evaluating what is needed, and then developing a clear roadmap and action plan. And if you need help to start your entrepreneurial journey or engage industry for a project, start doing it now!